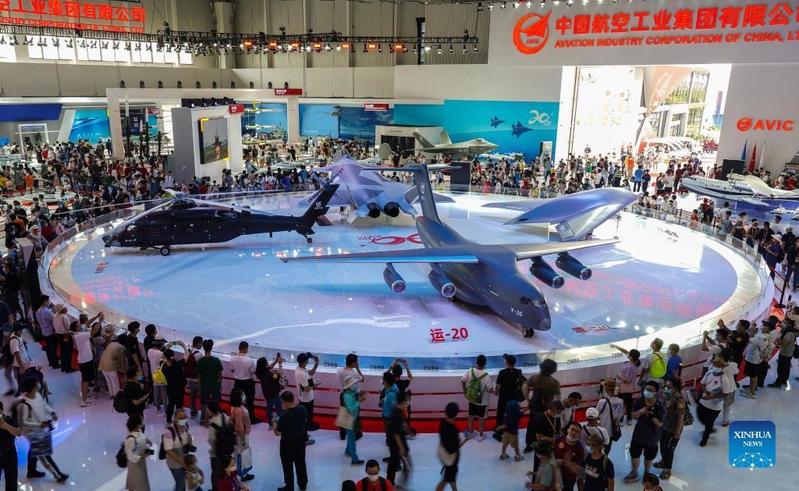 ZHUHAI – A space refueling vehicle built by China made its debut at the ongoing 13th China International Aviation and Aerospace Exhibition (Airshow China 2021).

The refueling vehicle has been developed by the Shanghai Academy of Spaceflight Technology (SAST) under the China Aerospace Science and Technology Corporation.

Lifespans of satellites could be extended thanks to the space refueling vehicle, said its developer.

Equipped with a navigation system composed of radars and cameras, the vehicle can track and approach the satellite low on propellant under the guidance of the ground control system.

When reaching approximately two meters from the satellite, it can dock with the satellite's refueling port with the help of the mechanical arm and complete the fuel transfer.

The functions of the refueling vehicle have been simplified in the design stage in order to load as much fuel as possible. It can carry up to 1.3 tonnes of fuel, more than half of its own weight, reducing the cost by 35 percent compared with re-launching a geostationary orbit satellite, according to the SAST.