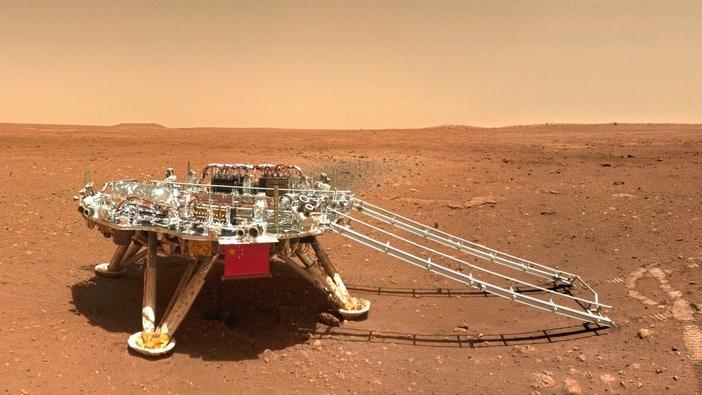 BEIJING – China's Mars rover Zhurong has reached an area with complex terrain, according to the Lunar Exploration and Space Program Center of the China National Space Administration.

After exploring a second dune, Zhurong moved southward and arrived at the area full of rocks, impact craters and dunes, said the administration.

The ground control will complete the visual positioning and path planning based on the daily navigation terrain images taken by the rover, and control Zhurong to traverse the area safely.

When the rover meets possible scientific research targets, the surface composition detector and the multispectral camera will carry out detection.

Zhurong will also turn on the subsurface radar, meteorological measurement instrument, and surface magnetic field detector to conduct detection on its journey.

As of July 30, 2021, the rover has worked on the surface of Mars for 75 Martian days and the orbiter has been in orbit for 372 days. The two are in good condition and functioning properly.

A Martian day is approximately 40 minutes longer than a day on Earth.