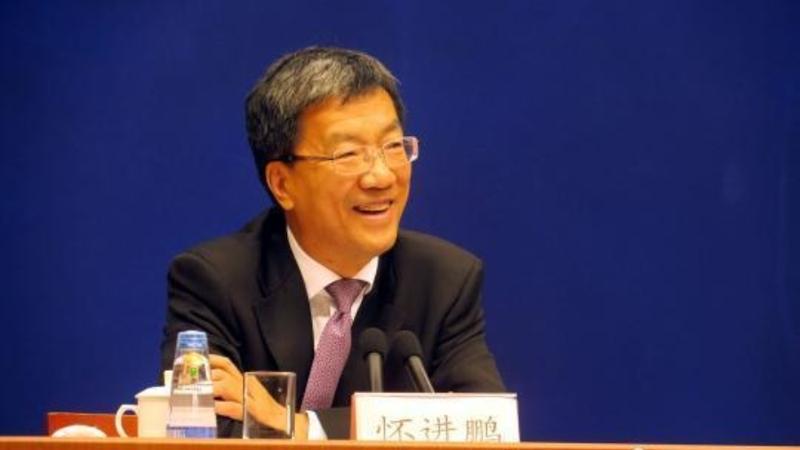 Huai Jinpeng has been appointed Party chief of the Ministry of Education, the ministry said on Monday.

Huai, 58, was previously executive vice-president of the China Association for Science and Technology. He was elected a member of the Chinese Academy of Science in 2009.

Huai Jinpeng was previously executive vice-president of the China Association for Science and Technology. He was elected a member of the Chinese Academy of Science in 2009

Appointments and removals of ministers must be approved by the National People's Congress, the country's top legislature.

Huai began working as a teacher at Beihang University in Beijing in September 1987 after obtaining a master's degree in electrical engineering at Harbin Institute of Technology in Heilongjiang province.

In November 1993, he earned a doctorate in computer science from Beihang University.

In February 2015, he was named vice-minister of the Ministry of Industry and Information Technology. He was then appointed deputy Party secretary of Tianjin in December 2016.

In August 2017, Huai was named Party secretary of CAST. The following month, he was elected as its executive vice-president.

In a signed article published in People's Daily in June, Huai said in order to cultivate innovative talent, more effort needs to be made in nurturing domestic talent and education focusing on the scientific spirit, innovative ability and critical thinking.

More attention should be paid to cultivating young talent and building an innovative science and technology powerhouse attracting global talent, he said.

By implementing the strategies of building a powerful China through science, technology, education, talent and innovation-driven development, the country can seize the opportunities presented by the technological revolution and even lead in certain fields, he added.