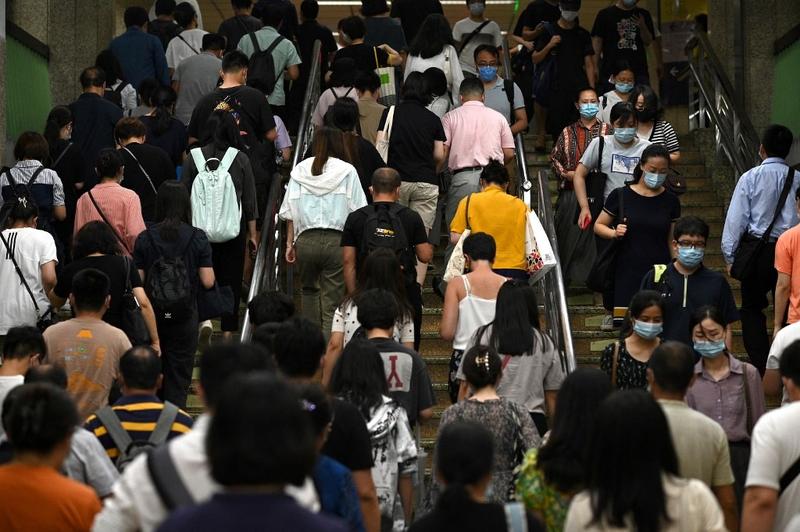 People walk up stairs during rush hour at the subway in Beijing on July 28, 2021.
(NOEL CELIS / AFP)

BEIJING- The Chinese mainland on Thursday reported 21 new locally transmitted COVID-19 cases, including 18 in Jiangsu, two in Hunan and one in Beijing, the National Health Commission said in its daily report on Friday.

Also reported were 43 new imported cases, of which 21 were reported in Yunnan, nine in Guangdong, seven in Shanghai, three in Fujian and one each in Liaoning, Shandong and Sichuan.

A total of 7,385 imported cases had been reported on the mainland by the end of Thursday. Among them, 6,725 had been discharged from hospitals following recovery, and 660 remained hospitalized

One new suspected case was reported in Shanghai, arriving from outside the mainland, while no deaths related to COVID-19 were reported, it added.

The total number of confirmed COVID-19 cases on the mainland reached 92,875 by Thursday, including 932 patients still receiving treatment, 25 of whom were in severe condition.

A total of 87,307 patients had been discharged from hospitals following recovery on the mainland, and 4,636 had died as a result of the virus.

There were two suspected COVID-19 cases on the mainland on Thursday.