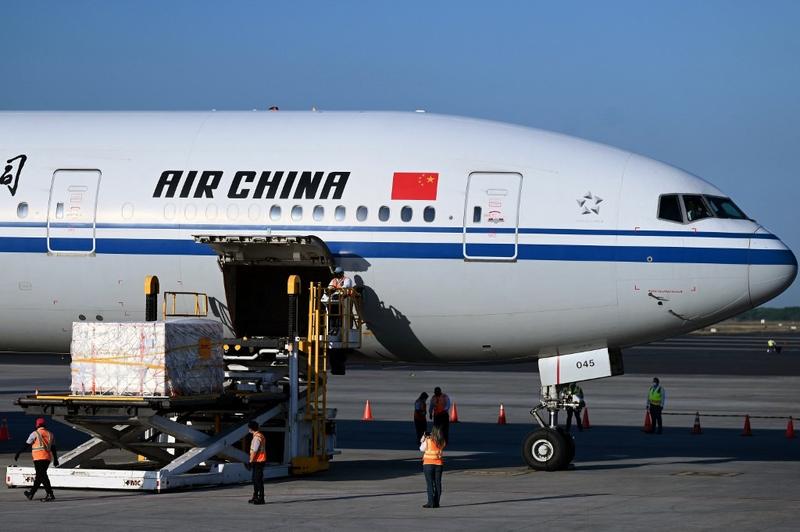 China is capable of delivering effective COVID-19 vaccines in a timely manner to foreign countries, which has played an important role in aiding local fights against the pandemic and promoting vaccine accessibility globally, foreign officials and researchers said during an online meeting on Thursday.

Chinese companies are "ready to scale up supply in the coming days and months", Guo Xuejun, deputy director of the Foreign Ministry's Department of International Economic Affairs, said

Guo Xuejun, deputy director of the Foreign Ministry's Department of International Economic Affairs, said China had provided more than 500 million vaccine doses to countries participating in the dialogue, as of recently. That is equal to one-eighth of the current global total production.

Chinese companies are "ready to scale up supply in the coming days and months", he said during a business dialogue convened by the department, adding that the business sector deserves global respect and admiration for their contribution to improving the accessibility and affordability of vaccines worldwide.

The dialogue was co-hosted by four Chinese vaccine manufacturers－Sinopharm, Sinovac Biotech, CanSino Biologics Inc and Zhifei Longcom, each of which has developed at least one COVID-19 vaccine for public use. About 20 companies and institutions from foreign countries participated in the dialogue via video link.

Zoltan Forrai, technical director of Fourcardinal Tanacsado in Hungary, said Sinopharm's COVID-19 vaccines are "particularly important" to the country and his company is "extremely satisfied" with its bilateral cooperation.

"The company can always provide qualified products on time, or even ahead of deadline. We hope this can be a long-term partnership," said Forrai, adding that he hopes the technology from the company will become more known and accepted in other European countries.

Yang Xiaoming, president of China National Biotech Group, a subsidiary of Sinopharm, said the company is seeking "in-depth and multi-sectoral" cooperation with Hungary, including enabling local production of its vaccines.

"The government has been receiving multiple batches of vaccines that are filled and finished in Mexico," he said, adding that locally produced doses are also supplied to other regions in Latin America.

He stressed that seamless collaboration between Chinese and foreign researchers is vital to successfully set up such a local filling and packaging platform. "We will continue to work together to keep the good momentum," he said.

Aamer Ikram, executive director of the National Institute of Health in Pakistan, said a number of late-stage clinical trials were rolled out in the country and only a few vaccine developers were as generous in sharing their products as Chinese companies.

He added that efforts aimed at promoting the transfer of technology, including facilitating local production of a vaccine from Sinopharm, are proceeding smoothly, which are expected to create new opportunities for boosting vaccine accessibility in the region.

Foreign Ministry spokesman Zhao Lijian said on Thursday that the dialogue took place as part of an international forum on COVID-19 vaccine cooperation set to take place next week.

He added that State Councilor and Foreign Minister Wang Yi will preside over the first meeting of the forum via video link on Aug 5.

The meeting will bring together ministers of foreign affairs or officials in charge of the work, representatives from United Nations and other international organizations, as well as related enterprises, Zhao said.

Xu Wei contributed to this story.