By reducing financial risk, DFH-3E opens space-based services to all 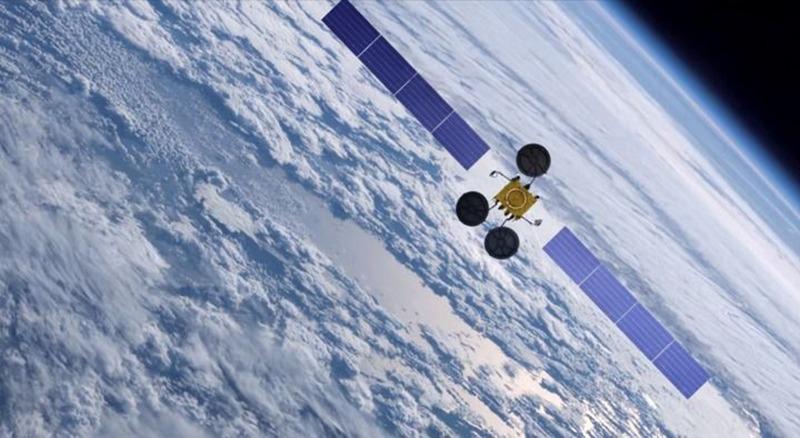 China is offering a small communication satellite platform to countries seeking an affordable solution for their own space-based internet networks.

The DFH-3E satellite platform was designed by the China Academy of Space Technology, a subsidiary of the State-owned space conglomerate, China Aerospace Science and Technology Corp. It is the country's first small satellite platform designed for operations in geostationary orbit, according to Xiong Xiaojiang, head of the platform's design team at the Beijing academy.

A satellite platform is a framework used to assemble a satellite, or satellite system, in accordance with its role and function. It consists of the universal equipment needed by any satellite such as a power source, propulsion and orbital control devices, as well as instruments specifically designed for the satellite in question. This permits easy configuration.

A satellite platform is a framework used to assemble a satellite, or satellite system, in accordance with its role and function.

Xiong said satellites based on the electrically propelled DFH-3E platform will be able to carry up to 30 transponders and operate in a geostationary orbit for at least 15 years. With a weight of up to 1.8 metric tons, the satellite is tasked with establishing a space-based internet service and is designed to be lifted into orbit by a Long March 2C or 2D carrier rocket, he added.

The designer noted that the first satellite based on the platform－APSTAR-6E, owned by Hong Kong-based satellite operator, APT Satellite－will be launched before the end of 2022. It will provide broadband internet services to Southeast Asian nations.

"We noticed that an increasing number of developing countries now seek to own communication satellites, but often don't have the money or the market demand and also can't obtain suitable signal frequency resources for communication satellites. So they don't need large, high-capacity satellites that are overly large or too expensive. The DFH-3E platform is affordable and can meet their needs," said Hu Zhongmin, chairman of China Great Wall Industry, the international trade arm of China Aerospace Science and Technology Corp.

"This platform is also an ideal option for communication service companies to conduct trial runs for new business models, or to expand their networks. Any new business venture or expansion is prone to greater risk than established businesses. Buying and operating a small satellite comes with a smaller financial burden and greater flexibility, and helps operators reduce uncertainties," he added.

Fu Zhiheng, president of China Great Wall Industry, said his company has signed a letter of procurement intent for one of the new DFH-3E-based satellites with the China Academy of Space Technology and APT Mobile SatCom.

It will be operated by APT Mobile SatCom, a joint venture with APT Satellite headquartered in Shenzhen, to provide internet services to nations in Asia, Europe and Africa, he noted.

All of them made their remarks on the sidelines of the 13th China International Aviation and Aerospace Exhibition which concluded on Sunday in Zhuhai, Guangdong province.

The biennial exhibition, popularly known as the Zhuhai Airshow, was originally scheduled for November last year, but was postponed due to the impact of COVID-19. More than 700 enterprises from nearly 40 countries and regions took part this year, according to the event's organizing committee.