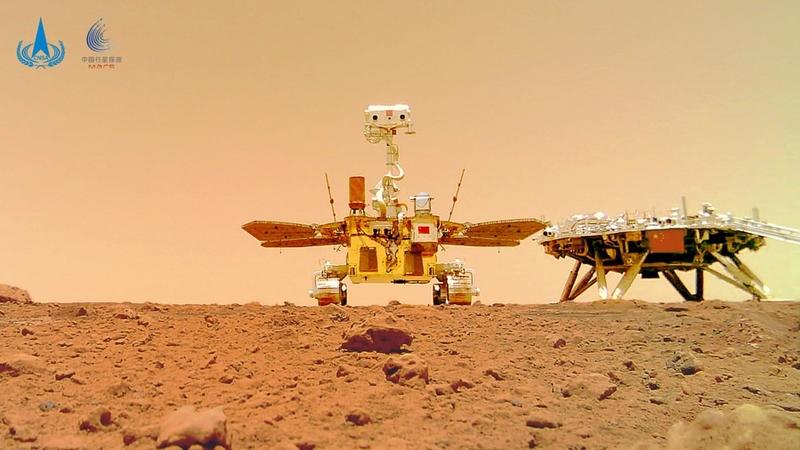 BEIJING – Chinese scientists have found new evidence that there was water on Mars in the past and there are hydrated minerals on the red planet, which can be potentially exploited during future crewed Mars missions.

The study published on Thursday in the journal Science Advances revealed that a large impact basin on Mars contained liquid water during the Amazonian epoch, the planet's most recent geologic epoch.

The findings contribute to a growing body of telltale signs that suggests liquid water activities may have persisted much longer on Mars than previously thought.

The study also indicated that in this particular site, there are currently considerable stores of water in the form of hydrated minerals and possibly ground ice.

The researchers led by those from the National Space Science Center under the Chinese Academy of Sciences used data gathered by China's Mars rover Zhurong on the sedimentary and mineral characteristics of southern Utopia Planitia, a vast plain in the northern hemisphere of Mars.

They interpreted the bright-toned rocks Zhurong's camera caught as a layer of "duricrust" that would have been sculpted by a substantial quantity of liquid water, perhaps rising groundwater or melting subsurface ice.

That solid sulfate mineral crust contrasts with thinner, weaker duricrusts observed by other Mars rovers, which may have formed through the actions of water vapor, according to the study.

Another Chinese study published in March in the journal Nature Geoscience also revealed that the site where Zhurong landed might have experienced wind and possibly water erosion.