This photo taken on April 6, 2018 shows the Ministry of Foreign Affairs of the People's Republic of China in Beijing, capital of China. (LI HE/XINHUA) BEIJING – China reiterated on Saturday that the case of Huawei Chief Financial Officer Meng Wanzhou was a political persecution that targeted a Chinese national with the aim of […] 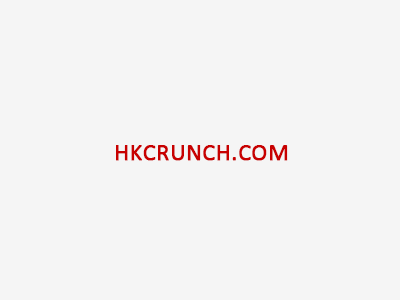 Pakistan on Friday delivered a joint statement on behalf of 65 countries at the 48th session of the United Nations Human Rights Council, stressing that respect for sovereignty, independence and territorial integrity of states and non-interference in internal affairs of sovereign states represents basic norms governing international relations. Hong Kong, Xinjiang and Tibet-related issues are China's […] Residents line up to take COVID-19 nucleic acid tests in Macao, Aug 4, 2021. (XINHUA) MACAO – The Macao Special Administrative Region's government announced the second mass nucleic acid test for all residents as health authorities reported another new COVID-19 infection on Saturday, bringing the tally to 66. The latest infection was related to an imported case […] Geng Shuang, China's deputy permanent representative to the UN. (PHOTO/CHINESE FOREIGN MINISTRY'S OFFICIAL WEBSITE) China will never be an obstacle to a multilateral treaty that bans all nuclear tests, and will continue to make contribution to facilitate its entry into force, a Chinese envoy reiterated Friday to a high-level United Nations conference. "Since the very […] President Xi Jinping delivers a speech at the opening ceremony of the 2021 Zhongguancun Forum via video link in Beijing on Sept 24, 2021. (PHOTO / XINHUA) BEIJING – President Xi Jinping on Friday called on all countries to strengthen openness and cooperation in science and technology. Xi made the remarks while delivering a speech […] Cai Tao, one of the first authors of the study, shows the sample of the artificial starch. (PHOTO / XINHUA) BEIJING – Chinese scientists have developed an artificial method of synthesizing starch from carbon dioxide, the first of its kind globally. The study, conducted by the Tianjin Institute of Industrial Biotechnology (TIIB) under the Chinese Academy […] In this Sept 21, 2021 photo, President Xi Jinping addresses the general debate of the 76th session of the United Nations General Assembly via video in Beijing. (PHOTO / XINHUA) BEIJING – General Secretary of the Communist Party of China Central Committee and Chinese President Xi Jinping said Friday that it is the most fundamental […] In this file photo on May 23, 2020 Chinese President Xi Jinping, also general secretary of the Communist Party of China (CPC) Central Committee and chairman of the Central Military Commission, visits national political advisors from the economic sector attending a joint panel discussion at the third session of the 13th National Committee of the […] Zhang Jun, China's permanent representative to the UN. (PHOTO / XINHUA) A Chinese envoy to the United Nations on Wednesday urged "relevant countries" to fully implement the Durban Declaration and Programme of Action, or DDPA, during a high-level meeting to commemorate a landmark anti-racism conference that took place 20 years ago. "It is a shame […] Liu Qibao, vice chairman of the National Committee of the Chinese People's Political Consultative Conference (CPPCC), attends the China-EU Track Two High-Level Dialogue via video link in Beijing, capital of China, Sept 23, 2021. (PHOTO / XINHUA) China and European countries have gone through many critical moments together and should keep communicating and cooperating in […] Retirees in Yancheng, Jiangsu province, learn to use smartphones in June. (ZHOU GUKAI / FOR CHINA DAILY) "Internet addiction" was once a term used to describe youngsters hooked on watching videos or playing games online. But today, an increasing number of seniors are also falling victim, Yinchuan Daily reported. A woman surnamed Wang from Yinchuan […] Fujian high school instructor has donated 110 times since 2002 Wu Huiying donates blood platelets at a clinic in Zhangzhou, Fujian province. (PHOTO PROVIDED TO CHINA DAILY) Many people donate blood once or twice, but they are unlikely to do it 100 times. Wu Huiying has. Over the past 19 years, the high school math […] This undated file photo shows the Taipei 101 skyscraper in Taipei. (PHOTO / XINHUA) BEIJING – China firmly opposes official interactions between any country and the Taiwan region, and firmly rejects Taiwan's accession to any agreement or organization of official nature, a foreign ministry spokesperson said Thursday. Spokesperson Zhao Lijian made the remarks when asked […] This undated photo shows Chinese Ambassador to the US Qin Gang. (PHOTO / CHINESE EMBASSY TO THE US) WASHINGTON – China is sincere in starting a dialogue with the United States to deescalate bilateral tensions on the basis of mutual respect, Chinese Ambassador Qin Gang said here on Wednesday. "We will continue to work with […] The Royal Australian Navy's HMAS Waller (SSG 75), a Collins-class diesel-electric submarine, is seen in Sydney Harbour on Nov 2, 2016. (PETER PARKS / AFP) BEIJING – China on Wednesday expressed grave concern over the cooperation between the United States, the UK and Australia on nuclear submarines, stating that it deliberately escalates regional tensions, provokes […]