NEW YORK, April 27, 2022 (GLOBE NEWSWIRE via SEAPRWire.com) — Guilin, a tourist city known for its picturesque karst mountains and beautiful rivers in southwest China’s Guangxi Zhuang Autonomous Region, launched its media convergence center in New York Monday, as part of the efforts to boost the exposure of the city to the world, according to Guilin City Government.

Guilin international media convergence center is the first of its kind that the Chinese city-level government has ever set up outside the country.

Han Liu, deputy minister of Publicity Department of the CPC Guangxi Zhuang Autonomous Region’s Committee, said that the establishment of the center is an important step to improve Guilin’s international communication capacity, as well as an innovative measure to forge Guilin into a world-class tourist city.

By building a city level media convergence command center and international media convergence center, Guilin aims to build up a media landscape with the support of national and provincial media resources, said Yang Yanyan, minister of Publicity Department of the CPC Guilin City Committee, adding that the city has started to integrate various media resources, and launched four accounts on major international social media platforms, including Facebook and Twitter.

Such a media landscape will effectively integrate various media resources and production elements so to converge, connect and share the content and technological applications, said Yang.

Though a newcomer on Facebook, Twitter, Instagram, and Youtube, the accounts of Guilin have quickly attracted followers and fans with thousands of likes and comments. Topics about Guilin’s mountains and waters and special rice noodles were followed by lots of remarks, helping the city to gain worldwide fame and popularity. 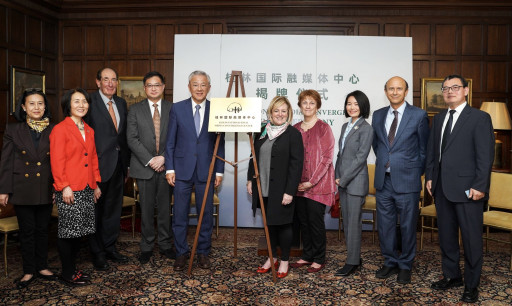