Sydney, June 10, 2022 (GLOBE NEWSWIRE via SEAPRWire.com) — Voyage in Paradise (“ViP/ the Project”), the world’s first global top DJ and artist-enhanced “listen-to-earn” project, announces a new Top 100 DJs official partner today, Plastik Funk. Co-developed by Catheon Gaming (“CG”) and King Pillar Limited (“KPL”), ViP partners with top DJs and musicians to bring audiences an all-encompassing music experience on the blockchain. ViP invites top artists from around the world to be a part of the ecosystem, and Plastik Funk (2021 DJ Mag’s Top 100 DJs) is the latest addition to the list.

Spanish-born, Germany-based Plastik Funk has received worldwide acclaim, with hit releases including the UK chart-smashing ‘Who!’ alongside Tujamo (clocking in at 14 million Spotify plays) and his recent Spinnin’ Records hit collaboration with NERVO and Tim Morrison: ‘Dare Me’ with 15.5  million streams and climbing!

Plastik Funk has brought the heat to Dimitri Vegas & Like Mike’s Generation Smash, Don Diablo’s HEXAGON, and multi-track signings with Hardwell’s Revealed Recordings. Performing  hundreds of yearly standalone shows over the past several years, he has developed countless loyal fans. Making it clear why he was one of the  first international DJs welcomed back to Asia in the post-pandemic world. Plastik Funk continues to burn with the ferocity of a supernova with 2022 set to be even bigger.

The ViP team has also revealed the sneak peek of its highly anticipated NFT. Each NFT is a unique, bite-sized snippet of a smash DJ hit with electrifying visuals that pulse in sync with each song. Each NFT will be musically enhanced by one of the three Top 100 DJ partners to unlock new powers to explore the metaverse.

We are giving one lucky winner the chance of a lifetime to win a cabin package on board the Groove Cruise Cabo this October and watch their favorite artists perform live. The winner will get a Balcony Cabin for 2 passengers onboard the Norwegian Jewel from Los Angeles to Cabo San Lucas this October (worth up to US$4,500).

Groove Cruise Cabo is being organized by Whet Travel and has been dubbed the “Number One Place in the World to Get Your Groove On” by the Travel Channel. It has recently announced the lineup for this year’s edition, which includes headliners such as Gareth Emery, Said the Sky, Desert Hearts, Claude VonStroke and more. 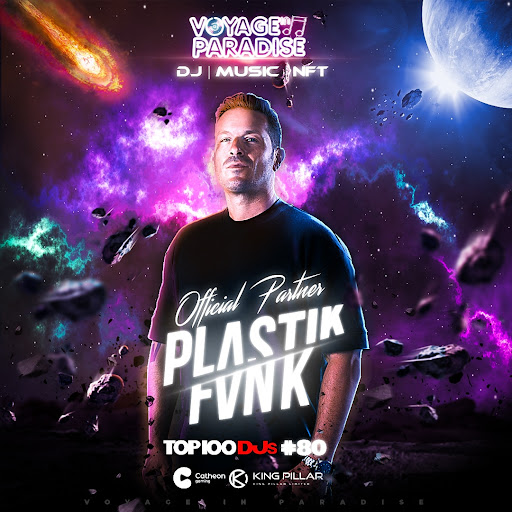 About Voyage in Paradise

Co-developed by Catheon Gaming and King Pillar Limited, Voyage in Paradise is the first “listen-to-earn” music ecosystem enhanced by top global artists and DJs.  The project aims to foster an authentic symbiotic relationship with listeners and musicians by integrating GameFi, metaverse concert venues, NFT album release service, and a music incubator in a Decentralized Autonomous Organization (DAO). ViP also invites top artists from around the world to be a part of the ecosystem, including its latest additions 2021 DJ Mag’s Top 100 DJs Deniz Koyu #71, Rave Republic #86, Plastik Funk #80 and many more top global artists that are yet to be announced.

Catheon Gaming is the fastest-growing integrated blockchain gaming and entertainment company globally. The company’s flagship franchise, SolChicks, entered the market following successful fundraising from various venture capital investors, institutions, and launchpad partners. The company brings technical, gaming, and marketing expertise together with deep roots in the blockchain industry. The company’s strategy is to partner with leading game developers and IP-holders to incubate and launch “best-in-class” blockchain games and bring them to the widest possible audience.