Xeno Holdings, a Hong Kong-based investment company specializing in technology, holds a leading position as an investor and incubator for multiple business ventures including Web3 DAO tools, artificial intelligence services, and global SaaS platforms. Also, as the joint operator for proprietary services like Xclusive.market (https://xclusive.market), a one-stop NFT marketplace, and Xeno Labs, a crypto venture accelerating arm, Xeno has been building its presence in the tech and art industry and is preparing to expand the scope of business into the Web3 sports and entertainment space.

Rakuten Sports is a service operated by the Rakuten Group, a global leader in internet services with its parent company based in Tokyo. The Rakuten Group offers services in e-commerce, travel, fintech, digital content and communications to approximately 1.6 billion members around the world. Rakuten has taken a strong position in the world of sport, with the vision to empower people through sports, such as its partnerships with the Golden State Warriors multiple branding initiatives with Vissel Kobe soccer star Andrés Iniesta and a strategic partnership with professional skateboarding athlete Yuto Horigome. In 2022, Rakuten announced a partnership agreement involving promotional and marketing collaborations with professional golfer Mone Inami. Elsewhere in the world of basketball, Rakuten Sports has been supporting athletic, marketing and branding activities for Yuki Kawamura of the Japanese B.League’s Yokohama B-Corsairs, and Rui Machida, who recently signed with the Washington Mystics, a team in America’s WNBA. It also represents Yudai Baba of the Australian NBL’s Melbourne United.

The partnership between the two companies will involve Rakuten Sports providing strategic consulting and business development support to explore global implementation of NFT-based blockchain ticketing in both sports and entertainment industries, along with the onboarding of star athletes and derivative content to the metaverse via 3D motion graphics, minting of PFP NFTs for the stars, and POAP issuance for the associated fandom communities and events thereof. 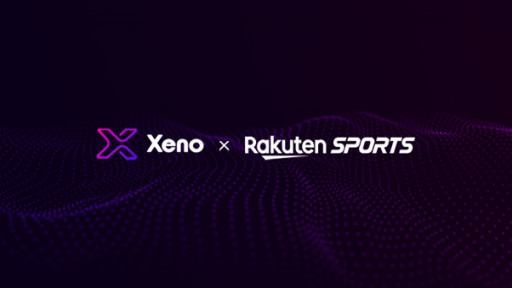